ATO Audits - A Blitz On Cash Based Businesses 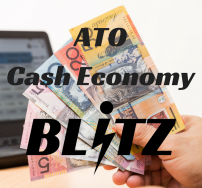 The Australian Taxation Office (ATO) has launched a highly successful neighbourhood-by-neighbourhood ‘blitz’ on areas with high concentrations of cash-only businesses, already netting $200 million and the programme’s success guarantees further strikes on other neighbourhoods to follow.

As an example, the ATO staff visited 131 small businesses in the suburb of Box Hill in the Eastern Suburbs of Melbourne and audited 31 of them to find around $8 million in unreported payments. To date, $1.8 million has been paid back in taxes and penalties. Over the last year, 11,000 cash business audits have been conducted with seven out of ten having to increase their tax paid, yielding $197 million in tax liabilities.

The key areas targeted so far include: 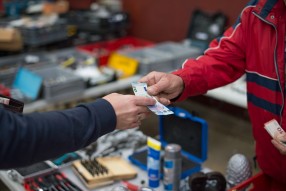 According to the Tax Commissioner, Chris Jordan, these suburbs have been targeted because they had been identified as having “high cash economy risk behaviours”. This includes cash only signs, lack of business and industry education and poor record keeping. He said businesses that dealt only in cash were more easily able to avoid tax and their superannuation obligations.

The industries heavily targeted as part of the audit blitz included:

The Commissioner also said the Tax Office would continue to target these cash-based industries who are characterised by “low use of merchant banking facilities”. The most common concerns of the ATO were employers paying cash in hand to staff, under-reported income, failure to report withholding tax from wages and not paying the correct amount of staff superannuation.

Mr Jordan has previously warned cash-heavy businesses that they are in the firing line. He cited a number of common breaches that they are on the lookout for including cash registers that don’t have till tapes, transaction records that show a large number of “no sale” or voided transactions and the use of a wallet as a cash drawer. Jordan also said visits to businesses throughout 2017 revealed many operators who were running businesses despite not having proper ABN or GST registrations.

Mr Jordan revealed that the sneak attack on the black economy is his own personal initiative and it has revealed some interesting trends. Some suburbs have a predominance of cash-only businesses, forcing other local businesses to also only deal in cash-only or lose business. T

he ATO is investigating links between high immigrant populations, high cash-only businesses and high distribution of $100 notes. The black economy taskforce is investigating installation of hi-tech chips on $100 notes or including an expiration date. The ATO believes there is around 1.6 million small businesses operating within the cash and hidden economy across 234 high cash volume industries.

In the event the auditors pay your business a visit you should ask for proof of their official status. All ATO officers carry identification with them that they should produce during the visit. An ATO officer may request a range of information regarding your record keeping or staff and ideally business owners should have all their documents on hand. In most cases the ATO will give you time to get the information and records together and the officers will generally not ask you to hand over records during the initial visit. 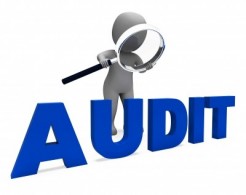 from the Tax Office doesn’t automatically mean they will escalate the visit to a full audit. In the words of the ATO, “Business owners should remember the purpose of any visits is to work out whether there needs to be a future conversation about compliance”.  They say, “Visiting businesses in person is about helping them to meet their obligations. Through the visits we can quickly identify who needs extra support, who may need to be engaged in a different way and make it easier for them to comply.”

If you get an officer from the ATO knocking at your door or operate a high cash turnover business and have concerns around your record keeping, contact us today.

This article forms part of our Business Accelerator Magazine for March 2018. Click HERE to download the full edition.

Other Articles in this Edition: 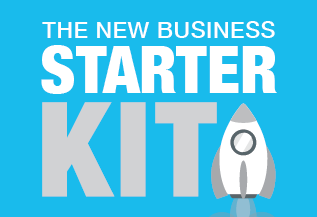